My 5 Minutes of Fame

When I self-published my book I realized I would have to self-publicize as well, which I started doing at the beginning of February 2013 by e-mailing my local newspapers. I was visited by a reporter who interviewed me for nearly 2 hours, including taking a video of me eating Corn Flakes for their website article. That weekend I was featured in Page 3 of the newspaper.

On the evening I featured on Page 3 I was phoned by an agency who wanted to sell my story so naturally I jumped at the chance for some extra publicity about the book.

The next day I was in the Sun newspaper (one of the biggest selling national papers in the U.K) 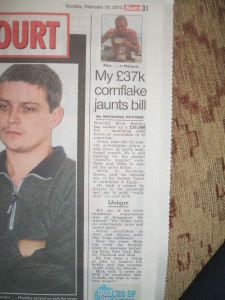 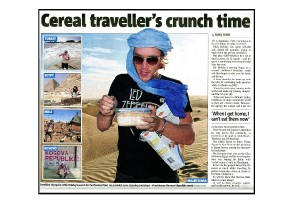 During the next week I was interviewed on English, Irish and Dutch radio stations, plus live on Australian breakfast TV. The online articles kept coming in and I was written about in another local Newspaper and also in Dutch and Turkish newspapers as well. 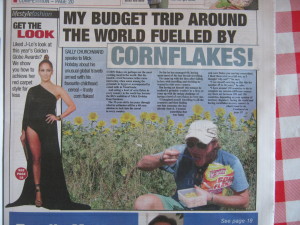 The Echo Article – the Southampton Local 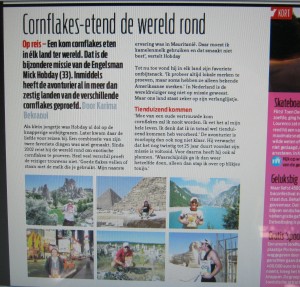 The accuracy of the stories written was pretty bad and it was easy to see how the different types of media can angle stories to suit different audiences. My very favourite article, and the one that seemed to get it, was from Blaze.com. 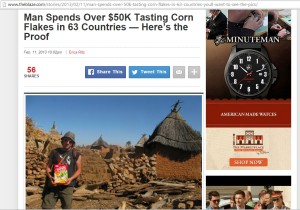 I found the whole ‘5-minutes of fame’ experience fascinating due mainly to the variety in the reactions from people, I was called a genius by some and a boring **** by others and it seemed that those that only read the Headline thought ‘what a w****r’ but those that bothered to read the story had a totally different opinion. I was insulted by a number of people and my first reaction was to meet up with them and see what they would say face to face but I soon found out that other people came to my defense and wrote nice comments. Anyway just for the record I spent £36,800 on the entire ten years of travelling not just on Corn Flakes as some of the media outlets wrote.

I was approached by a magazine to write an article for them, it turned out to be a series of 10 articles over a 10 month period 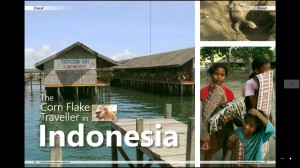 I was written about in the Travel Africa Magazine 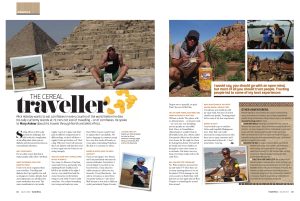 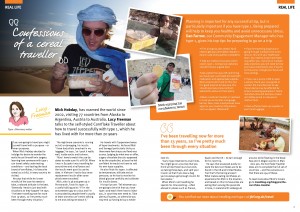 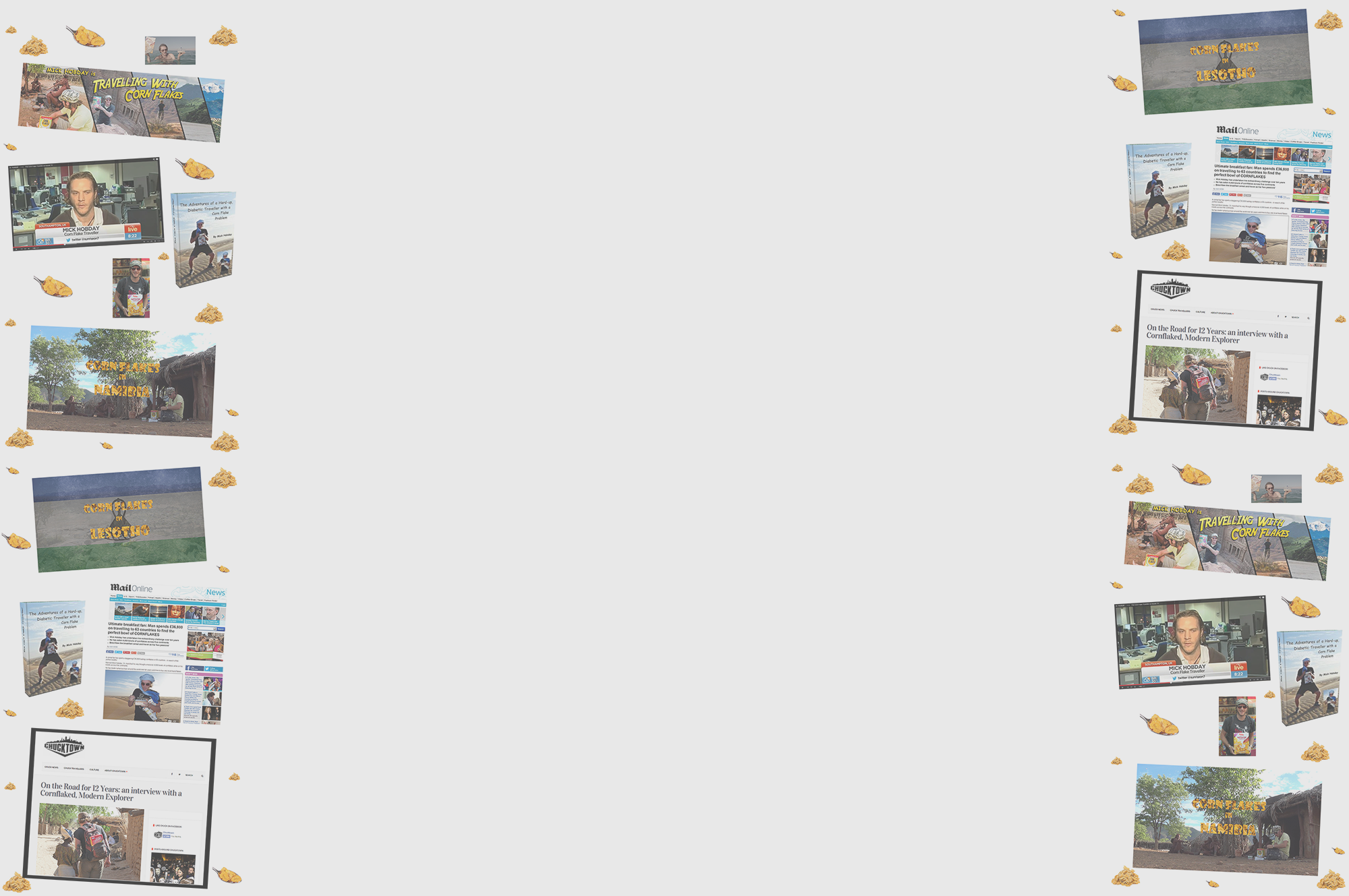