Map of the Countries I have Cornflakified

For the first year of my first trip I travelled from Alaska to Costa Rica, followed by 2 years in South America, although I returned home from Argentina for 2 months to Cycle a Famous Route from the Northeast tip of Scotland to the Southwest tip of England.

I lived in New York for 3 years during which I cycled around Europe for 3 ½ months, cycled for 5 weeks from Greece to Croatia, for which I made a documentary called “Greece Lightning”. I also went on some baby trips to Puerto Rico, to Canada and a 16 day road trip from New York to Texas and Back. During my time in the ‘Big Apple’ I married a tattoo artist while sat in a convertible mustang at a drive-thru chapel in Vegas and worked as a painter/decorator, a doorman, a waiter in a Peruvian restaurant and a cycle courier in the Brooklyn and Manhattan areas.

After New York I went backpacking around Southeast Asia for 6 months followed by 5 months living in Barcelona, which included a 6 week Cycle Tour of Spain.

Next up was 6 months in West Africa followed by a month in Egypt before I moved back to the UK to live and work for 18 months. During that time I got married for the second time in a castle in Italy followed by a 9 Day Road Trip of Italy, Switzerland and Liechtenstein for our honeymoon.

2012 started with 7 weeks staying with my dad in California then shortly after I took my new wife on her first cycle tour in Portugal. Sadly she hated cycling against the wind and up hills so I continued on to Turkey on my own and started a 3 month cycle from Turkey to Croatia. As that trip ended so did my first decade on the road, which was when I was persuaded to write My Book. 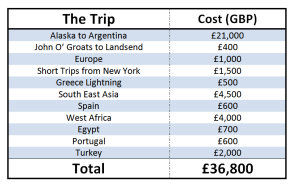 The Price of My Trips 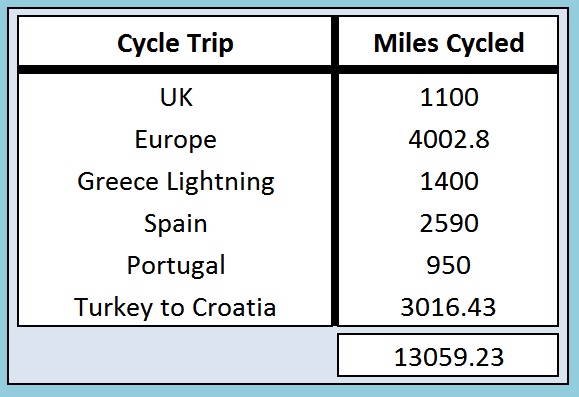 The Distance cycled on My Cycle Trips

The Next Ten Years

My second decade travelling began with a 10 day trip to Tunisia followed by me and Steph moving to Provence to live and work for 6 months for a cycle and walking holiday company. As soon as the holiday season finished I went on a joint Corn Flake-Modern Explorer mission to the island of Malta, 5 weeks hiking and camping all over the islands. After Christmas in the U.K I went to the Middle East to begin 2 ½ months backpacking around Jordan, Israel, Palestine and Cyprus.

In April 2014 I Moved to Catalonia to begin another season working for the same company (Headwater) then when that season was finished I travelled around Southern Africa for 3 months, shortly followed by a cycle trip around Iceland.

I’m now in the U.K editing 15 or so videos for various projects and planning my Next Trip.

Organised by Type of Trip

From Alaska to Argentina, Southeast Asia, Africa and the MIddle East 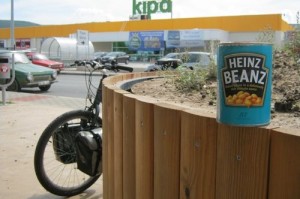 I’ve cycled 13,500 miles around 22 different countries on a variety of different trips 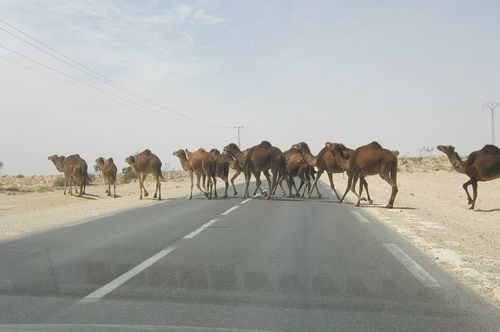 From a Week to 6 Weeks – I’ve been on a number of different roadtrips, visited a few island countries and even went on a package Holiday

I’ve lived in the States, France and a couple of times in Spain