I took a break from South America and returned to the UK to cycle from John O Groats to Landsend, the furthest two points apart possible on the main British island. The shortest distance between these points by road is 874 miles but I took time to visit places and friends along the way cycling about 1100 miles over 4 weeks. The whole trip took me 28 days although I wasn’t cycling for 8 of those as I stayed with friends to drink and party, plus I also climbed Ben Nevis. 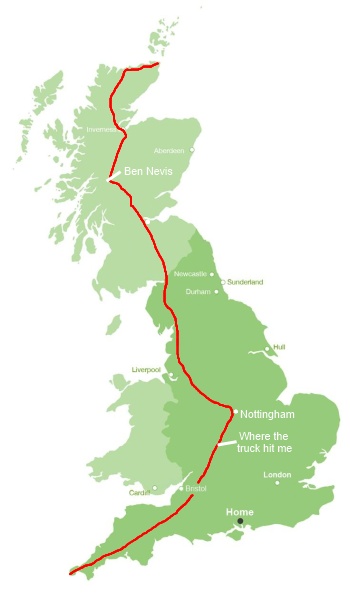 My Cycle Route through the U.K

In May 2004 I flew up to John O’ Groats taking my step-dads bike and some camping equipment. I then cycled through beautiful and mountainous Scotland, passing Edinburgh, a nice city where I spent 3 days staying with a friend, wandering the streets and drinking, oh and I tried haggis, which was tasty.Then continuing south towards England I passed the loch where Nessie lives and a strange Buddhist monument in the middle of nowhere.The mountains made cycling a little tricky but I was rewarded with some great views and I climbed Ben Nevis which I found quite easy after the hiking I had done at altitude in the Andes.

Camping next to a river in Scotland 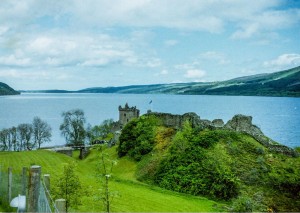 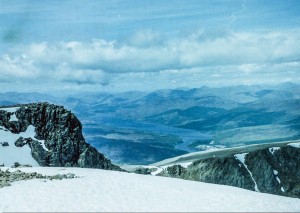 Ben Nevis – View from the Top 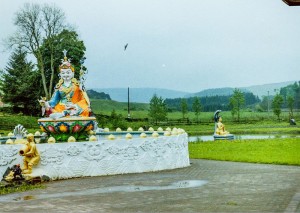 The Strange Buddhist monument in the middle of Scotland

I crossed into England and was struck by the beauty of the Lake district, in particular around the Windermere and Kendal areas, in the latter I spent an extra day here as I needed to fix a buckled back wheel. I passed through the Peak district, on my way to Nottingham, which was also pretty but harder to enjoy as the hills were frequent. In Nottingham I stayed with another friend for 4 days and hit the lager again.

The cycling was tough after all the drinking and was made harder when I was knocked off the bike by a truck, on a dual carriageway just after Birmingham. The contents of one of my panniers were scattered all over the road but luckily the traffic stopped allowing me to pick up all my stuff and the truck driver drove me 8 miles to the next town. Here I bought some more panniers, patched up all my cuts and continued on to set up camp early. The next few days were really tough as my body was feeling battered and bruised but this didn´t stop me enjoying the lovely town of Bath. 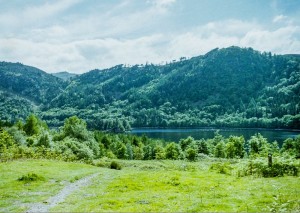 View from my tent near landsend

After Bath the terrain became more hilly meaning I spent the good part of 2 days climbing 90% of my cycle time and it wasn’t the most enjoyable time due to the extensive bruising I had on my body making cycling and sleeping in a tent quite difficult.. The Dartmoor National Park was really picturesque as was the approach to Landsend.

I felt quite emotional and even tearful as I pulled up to the finishing post, delighted to have completed an 1100 mile cycle and relieved after suffering a bit since the accident. I camped that evening about a mile from the pub where I got hammered on about 5 beers watching France beat England with Zidane’s two late goals then vaguely remember cycling back to my tent wobbling all over the road.

Next day I treated myself to a 4 hour train ride rather than spending 4 days cycling home. 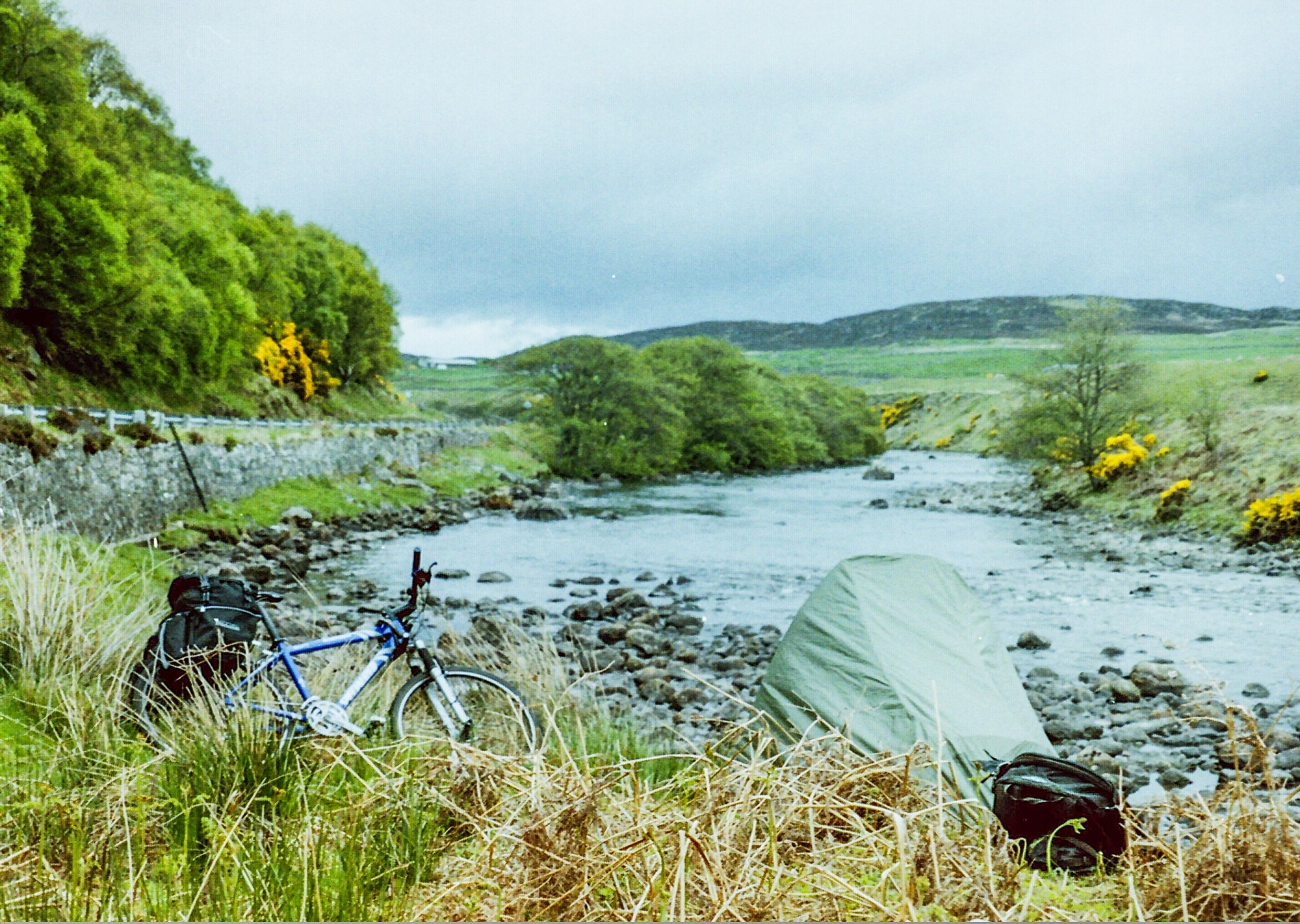