Being a small country and not particularly famous for anything I wasn’t that bothered about exploring Tunisia in great depth. For this reason Me and Steph opted for a cheap 12 day package holiday (my first package deal in about 14 years) so we could visit without breaking the bank and I could move a step closer to completing my corn flake mission. 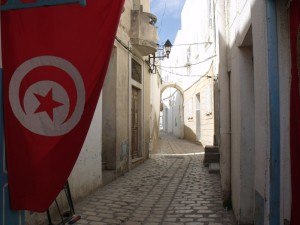 The Souk in Sousse

I videoed this off the TV

What we found was a country with a heavy influence from the outside world, with pre-historical ancient sites, Roman and Phonetician ruins and more recent influence from the Spanish, French and Islamic cultures. All this creates a mix of cultures rather than a unique Tunisian one and that’s getting worse as the country is now heavily influenced through TV shows from the West.

We spent much of the time relaxing around the pool, meeting and watching lots of Westerners who were very keen to eat as much as possible and get sun burnt. We went into Sousse for a break from the pool and a walk around the souk within the castle walls and were surprised to find snails, tortoise and a cows heads on sale, as well as the usual souvenirs and market items. 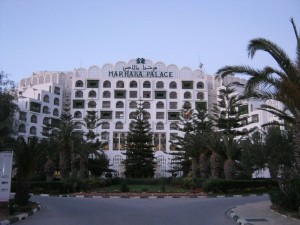 Our home for 12 days 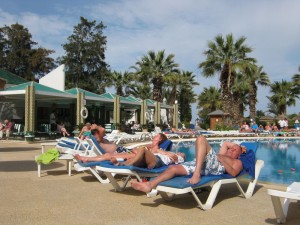 A butchers next to the Souk 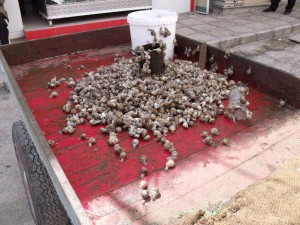 French Influence – Snails to eat at the market

I got itchy feet after a few days of just lounging around so we hired a car for 4 days so we could explore. For the first 2 days we drove south to the desert, stopping at the Roman Colosseum at El Jem, Matmata with its Troglodyte houses and the hotel used as Luke Skywalker’s house in the first Star Wars film. While driving we passed many eateries with young lads outside trying to entice passing cars in to stopping for some BBQ’d sheep next to the road, it was sad to see other sheep lined up outside watching their friends cooking and waiting for someone to come and order them on a plate. 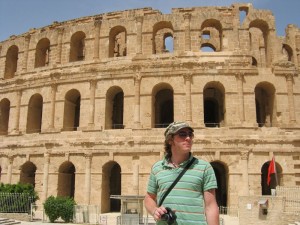 The Colosseum in Jem 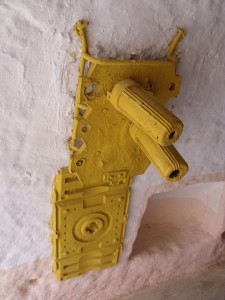 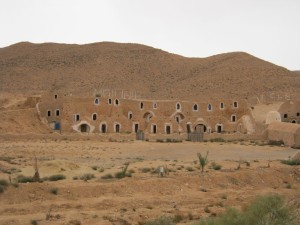 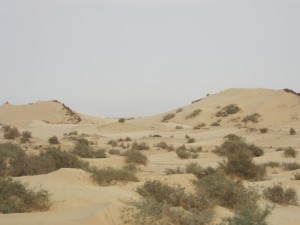 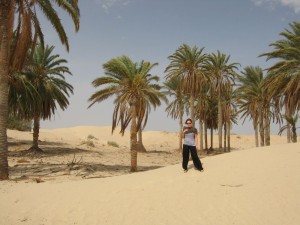 Steph and some palm trees

We slept in Douz then the next day drove passed what seemed like millions of sand dunes and then the dried up lake of Chott El Jerid full of salt deposits. It was very windy so the roads were being covered with sand, on our way back North to the hotel we drove through the mountains to see an oasis and then only just made it back in time to get some dinner from the buffet. 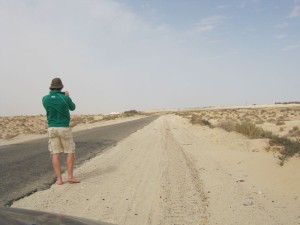 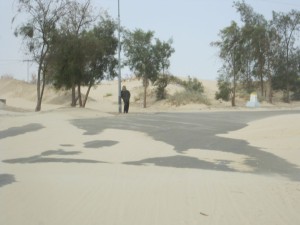 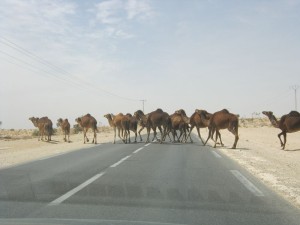 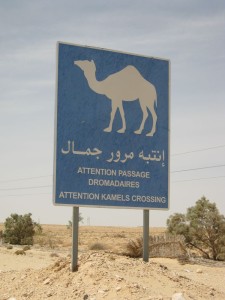 A video of them crossing 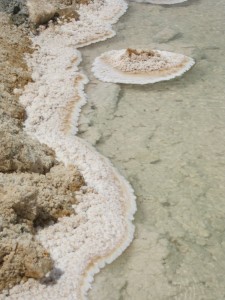 Salt deposits at the lake 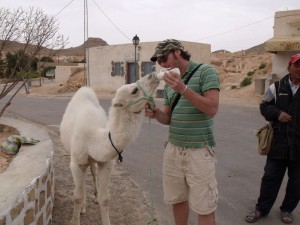 A baby albino I fed

Camel was even on the menu

On day 3 I visited a couple of ancient sites while Steph stayed by the pool. I visited the Roman site of Maktar and then the Necropolis of Elles, an ancient megalithic site out in the middle of the Tunisian countryside.

Some hitch-hikers I gave a ride to 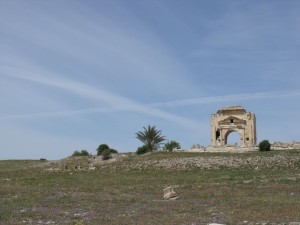 The Roman Ruins and chem-trails 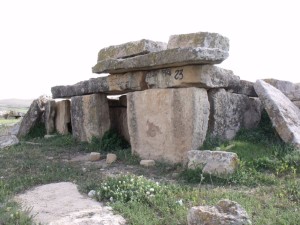 One of the ruins at Elles

A corn flake shot at elles

there were 64+ sites in total

The 1st film i ever made

This trip was the start of my interest in making films, here you can watch my first production ‘The Necropolis of Elles’

On our last day with the car we drove to the capital Tunis to look around the Souk and Steph had her Corn Flake equivalent in a cup of Tunisian coffee.

Before coming to Tunisia I asked people what it was famous for and was told camels and after visiting the country I can see why. There were camels everywhere, we fed a baby one outside Luke Skywalkers house, had a herd of them cross in front of us while driving, saw them wild in the desert, in paintings, on furniture, I had my Tunisian flakes while sat on one on the beach outside our hotel and there was also camel on the menu, which I had to try in Tozeur. 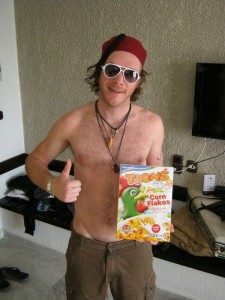 One of many corn flake shots 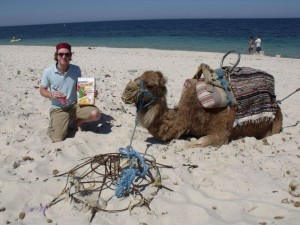 I had to do one with a camel… 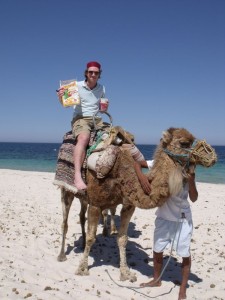 …and of course on a camel

On our last day I got “The Corn Flake Traveller” tattooed on my arm in Arabic – more dedication to my cause and symbolically I am trying to reduce the prejudice that the mainstream media seems to be bombarding us with. 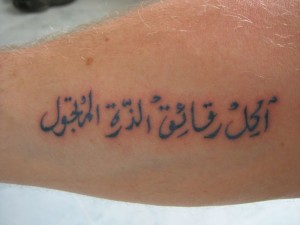 An interesting country but definitely in the bottom half of my ‘Favourite Country’ league table, in fact probably even in the relegation zone.

The 2nd and 3rd videos I ever made 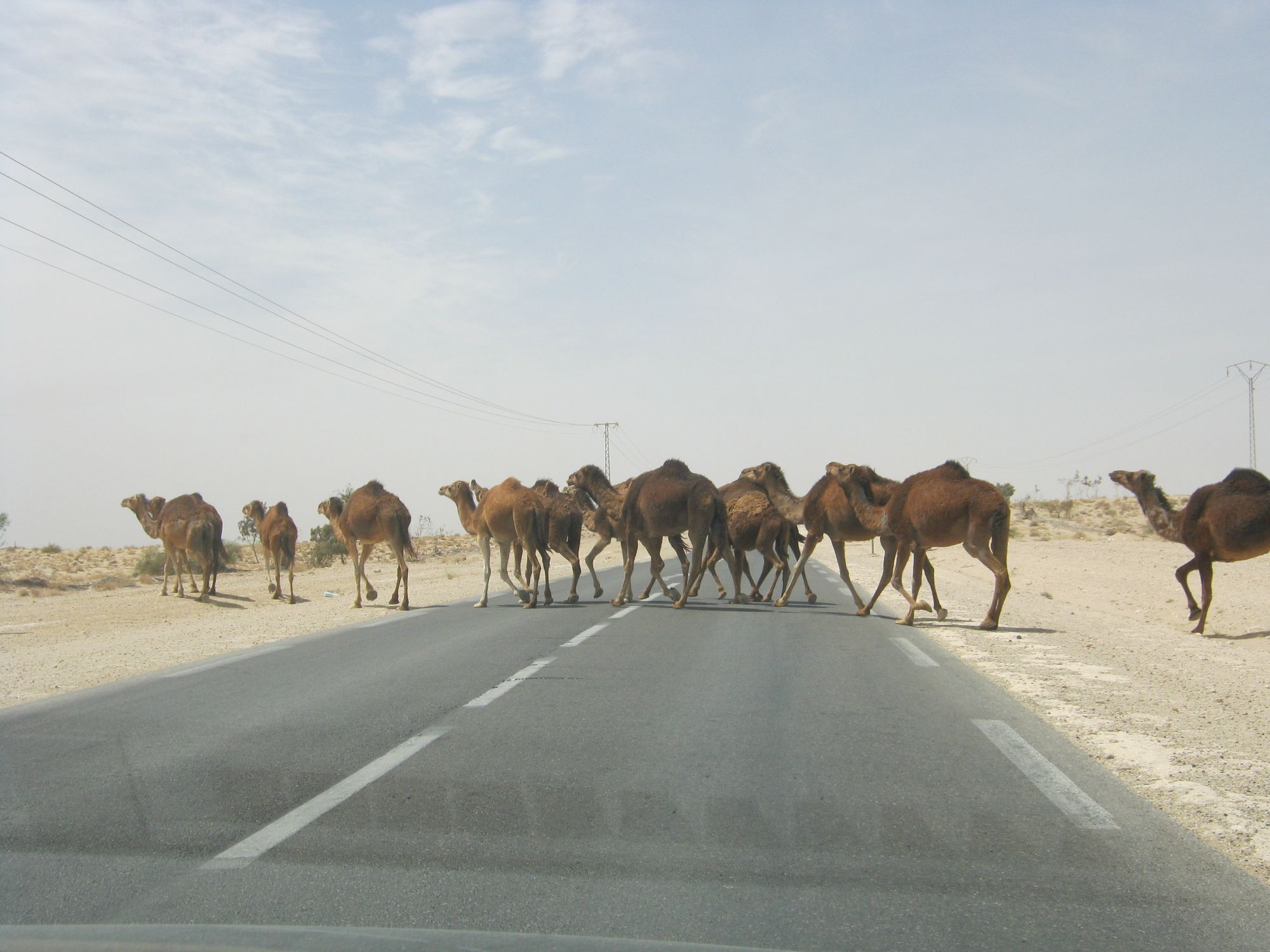 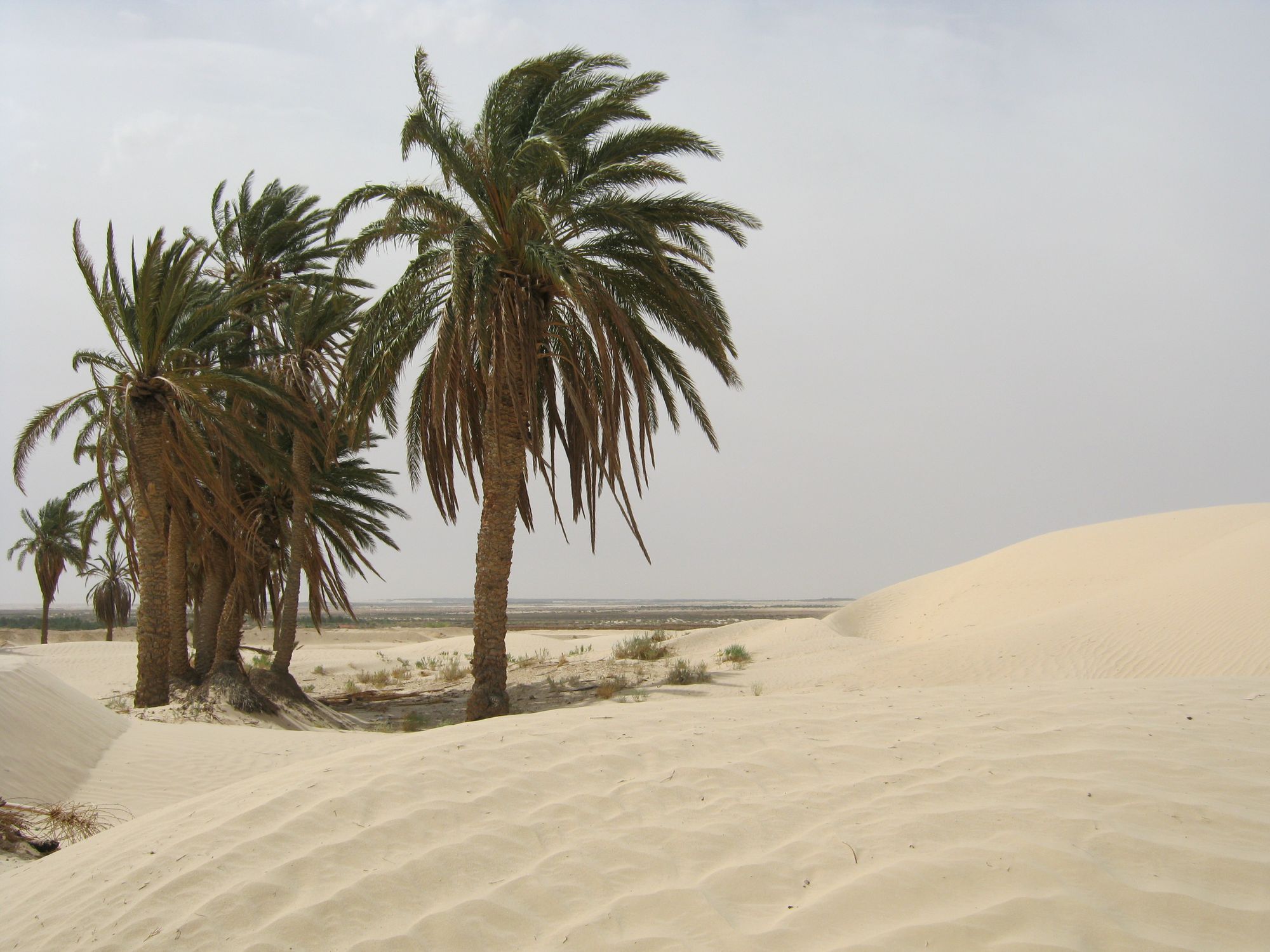 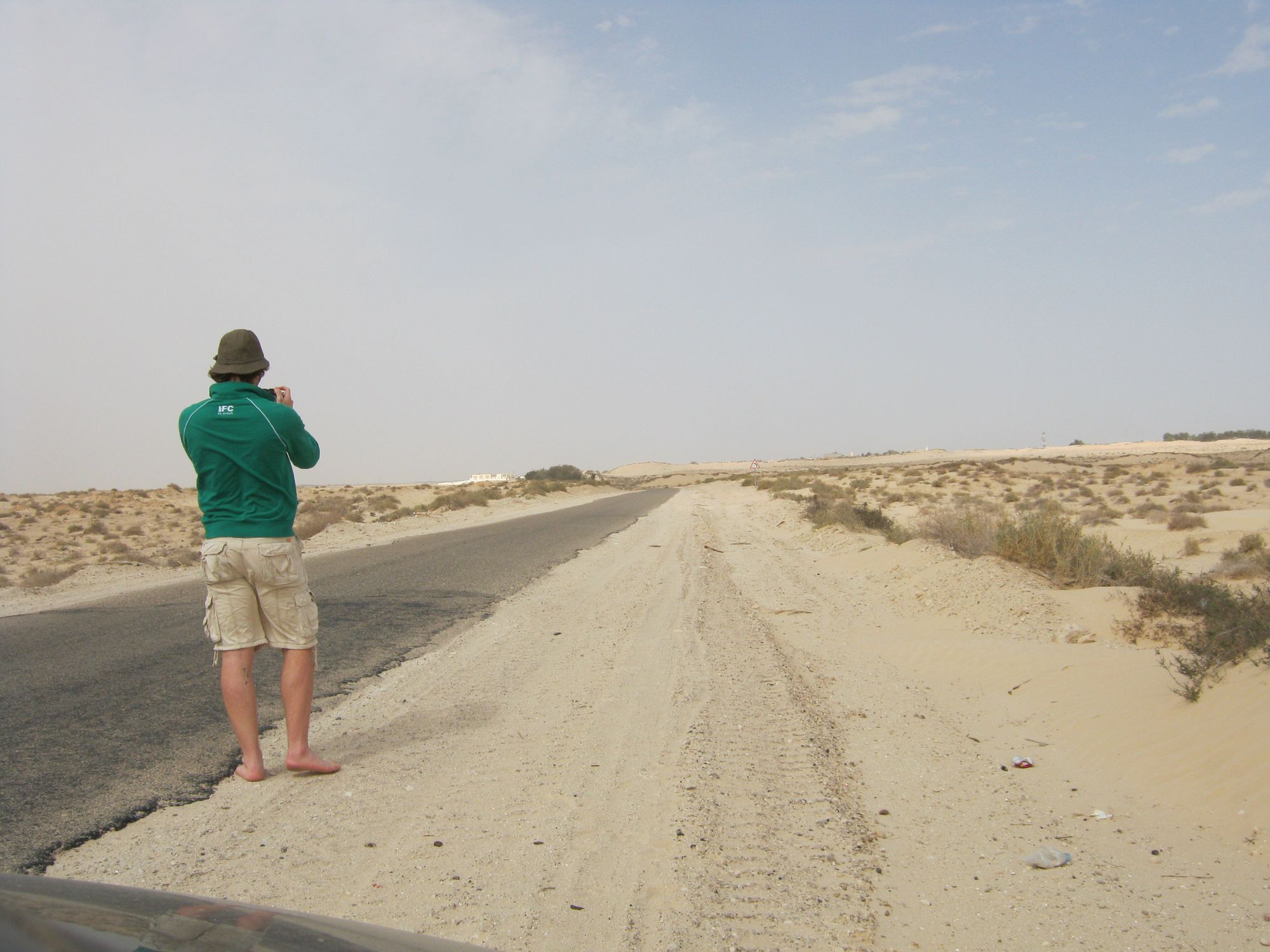