A Quick summary of Diabetes

My diabetes has always given me strange and confusing experiences due to prolonged low blood sugars (hypos – short for Hypoglycaemia). They just come out of nowhere with very little warning, which has made me look at these diabetic escapades as something interesting rather than something to fear.

Due to the effects of having hypos when I was younger I did things like head-butt a staircase, I threw a bowl of corn flakes at the wall and woke up one morning in a puddle. I’ve had some trippy experiences too, like when I flew home from Buenos Aires to surprise my family, the house was empty so I fell asleep and had a hypo. I then woke up, although not fully conscious and wandered around the house thinking I had died and gone to heaven: a pretty emotional experience I can tell you, to truly believe you have died. 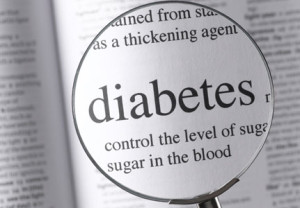 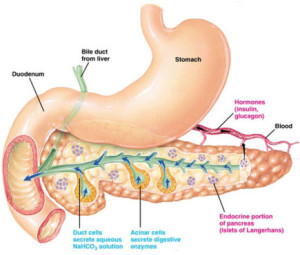 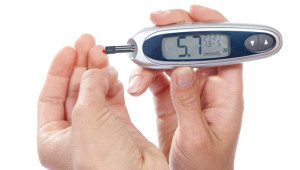 I developed diabetes when an ear infection triggered my immune system to attack my pancreas and kill the cells which produce insulin. Ever since that moment I have had to inject synthetic insulin on a daily basis to enable my body to absorb sugars. I have to pay attention to the amount of carbohydrates and sugars I eat and monitor my blood sugar levels on a regular basis. The reason is the normal blood sugar level ranges from 4.4 – 7.8 mmol/L and anything outside of that leads to complications associated with both low and high blood sugars. The medical profession has always heavily suggested to me that I lead a regular, structured life in order to maintain a controlled blood sugar but I decided early in life that I would be the boss of my diabetes not the other way round. Hypo’s and High’s happen pretty often as it’s easy to mismatch the balance of insulin, food, physical activity and, for most of my life, beer.

Highs I can handle, they make my muscles feel uncomfortable but about half an hour after injecting my blood sugar drops and I feel back to normal (although damage is done in the long-term to the nervous and cardiovascular systems). Serious problems can arise if I don’t take any insulin at all, which happened in 1996 when I was drunk for 24 hours and forgot to inject because England beat Holland 4-1 in Euro 96. On this occasion I got acidic blood called Ketoacidosis and was pretty close to going into a coma but coincidentally I had a doctor’s appointment the next day and was admitted to the Emergency ward.

Low blood sugars have the most dramatic affect on my life as they affect the brain and my state of consciousness so I can therefore do funny things. A low blood sugar level when I am awake is usually a piece of cake, I have a random selection of different symptoms like hunger, weakness, shaking, sweating, confusion, etc, but I eat something sweet and 10 – 15 minutes later I am back to “normal”. Problems generally occur when I am hypo for a long period of time, i.e. when I’m asleep or drunk and cannot feel my hypo symptoms. My brain is then starved of energy and I can go into a less conscious state of consciousness and survival instincts take over.

When travelling these hypo incidents can create potentially dangerous situations, imagine being in unfamiliar surroundings, surrounded by unfamiliar people not speaking your mother tongue in a kind of zombie state. Plus some of the symptoms make me do funny things, for example I was on a Balcony in Buenos Aires and developed a twitching body almost falling over the rail and in Rio I kept losing my balance and walking into things (in the end I went and sat outside a hospital with my gold card in my pocket (I had no insurance) chatting to the local prostitutes in case I passed out. On a number of occasions I have suddenly come around and found myself surrounded by medical staff and worried looking people. In Florianopolis for example, I came round with 6 people holding me down and another holding a tranquiliser gun. Another great example of a dodgy situation happened when I was travelling through Bolivia and had a hypo while sleeping on a bus. On this occasion (and on other occasions) I lost part of my memory and had to play detective to find my stuff, a scary experience but on reflection a fascinating experience. 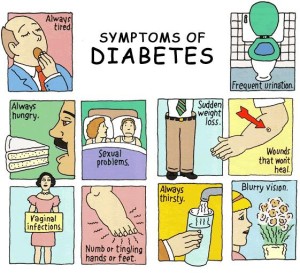 Below is the diary extract from that day.

I didn’t sleep very well last night due to some really intense dreams so I just relaxed most of the day in a hammock then jumped on the 6pm bus to Santa Cruz. The journey was pleasant enough although I was asleep for the majority of it, I woke up as the bus arrived at around 1am. I sleepily moved myself and my bag to a hotel right next door to the bus station and was asleep again within 5 minutes.

Then all of a sudden I am on the street, talking to a security guard dressed only in a pair of shorts, no shoes, no top, just shorts and I couldn’t remember how I got there. It took me a while to be able to think straight but my first thought was that I had been drugged on the bus and all my things had been stolen. The security guard (who I was trying to get information from) was trying to help me but there wasn’t that much he could do, I had about $3 in my pocket and my bus ticket and didn’t really know what to do, I couldn’t even remember what town I was in. A policeman came along and was useless, didn’t help and wasn’t at all interested.

The security guard found someone to sell me some flip-flops for a $1 then I flagged down a cab and explained to the driver that I really needed his help, obvious because this wasn’t the sort of place many tourists come too, let alone walk around half naked in the middle of the night. I persuaded him to accept the rest of the cash to take me to the bus station, which took about 15 minutes to drive about 20-25 blocks. I asked people at the station if they had seen me before or knew where my stuff was but nobody had seen me or my stuff before.

I was starting to panic a bit and starting to think what the hell would I do, I didn’t even know if there was a UK embassy but if there was it would be in La Paz, a 24 hour bus ride away and I had no clothes, no money, no insulin, well except my shorts and two flip flops, I had nothing. Since I had started to come around from my trance/coma state of mind probably 2 hours had past, while finding sugar and trying to working out what was going on.

I sat there in the bus station weighing up what I could do and trying to remember what happened to me. I figured I must have arrived in the town with my stuff, most probably at the bus station so thought that I would probably have checked into the nearest cheap hotel. I went to the hotel next to the bus station and asked the woman at reception if she had seem my stuff. She nonchalantly got up from her bed, opened  the door to one of the rooms and there spread out all over the room was my bag and my stuff. Words don’t do justice to the amount of relief I felt at that time, I think I kissed the woman there, and the taxi driver, who was still kindly trying to help me. I then ate some more sugar and passed out on the bed.

It was such a confusing experience, really messed with my head for days after”

The next day I worked out I must have had a hypo on the bus and then hours later from my hotel room woke up and went looking for sugar, wandering the streets looking for an open shop. The next day was very confusing, still a bit like a dream and from that moment on I have always travelled with a tub of sugar in my bag. 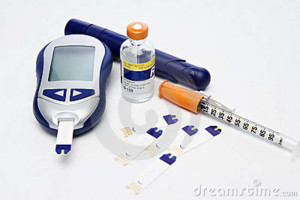 Another problem I have faced related to my diabetes is the insulin sell by dates and the easily breakable glass capsules they come in. My insulin stopped working in Ecuador as it was out of date so I had to inject more to try and compensate for its reduced effectiveness. In Southeast Asia I smashed some capsules and consequently ran out in Vietnam, I asked in many pharmacies but the majority didn’t even stock insulin, I eventually found one which did. Annoyingly it was a different type, as they have fast acting, slow acting and mixtures of them both. I don’t know what type the one I bought was but I just injected plenty in the hope that it would stop me getting ketoacidosis again, and it did.

So having diabetes has been both beneficial and a nuisance and travelling with diabetes has created hurdles but nothing that cant be overcome with a little organisation. Feel free to contact me if you are diabetic and want advice or have any questions.

I am also one of the bloggers for diabetes.org.uk – take a look at some of my blog posts